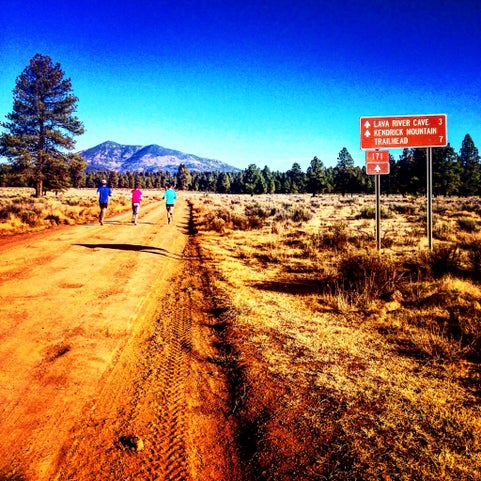 Women’s Running blogger, mom, wife, professional athlete and entrepreneur Stephanie Bruce, along with husband and fellow runner Ben, announced their first-ever Running With The Bruces camp in Flagstaff, Ariz. Following camps like Kara Goucher’s Podium women’s retreat, hosted in the wine country of California, this installment of an elite-runner-hosted 4-day getaway from Aug. 20-24 will just be one of many camps to pop up for the recreational, casual and everyday runner.

Stephanie says, “I believe we will [see more camps like this]. Many times the limiting factor is time and dates as our running career usually takes up much of the summer months with our U.S. Champs, Olympic Trials, Olympics next year. I think many elites have different things to offer and fans resonate with certain runners so they will be drawn to their camps if they choose to put one on.”

The Bruces, who run their own coaching business, Running With The Bruces, have called Flagstaff home together for 4 years. In the duo’s blog, Ben says, “Most the people that have stayed with us have been other professional runners, but we thought, why not give everyone the chance to experience the incredible running community that Flagstaff has?”

The camp offers three tiers of payment packages, and every camper will get opportunities to chat with pro runners. Stephanie says, “Beginner runners can be exposed to a change of scenery, which helps motivate you to follow through with training in the early weeks when it’s hard. It provides an escape from your normal busy life where you can just relax and focus on being a runner for a few days. We will have drills and strides, sessions talking about form and the gains you can make in your running with implementing these very early on in training. They’ll have access to our masseuse and chiropractor for body work and assessment. There’s no limit on pace range here at the camp.”

And then there’s the swag, often the golden question from runners who thrive on race-day goodies. Sponsored by several companies, camp comes with a pair of Hoka shoes, Oiselle gear, Picky Bars (owned by Stephanie and fellow Oiselle athlete Lauren Fleshman) and a package from Training Peaks.

Registration for 2015 closes on Aug. 1, and the Bruces expect a crowd!