The woman who refused to be forced off the Boston Marathon course in 1967, started the first women’s specific race series and championed the women’s marathon for inclusion in the Olympics, recently considered retiring, albeit briefly. Then Kathrine Switzer began to really see the strength and empowerment other women drew from the number “261,” her bib number from the 1967 Boston Marathon, as well as her message to be “fearless.”

The latest evolution of Switzer’s message is 261 Fearless, Inc., a global nonprofit designed to connect women through running. The goal is for women runners of all abilities to develop a supportive community for healthy living through the camaraderie inherent in running. No matter where women live or what languages they speak, running is one language. Through establishing an international network of 261 Fearless Running Clubs led by trainers, women the world over will be able to experience the joy of running in a safe and supportive web.

“261 Fearless began organically. Now we are harnessing the energy and turning it into an empowering movement to help women discover their strength and fearlessness through running,” says Switzer. “We are creating a global family of runners.”

With clubs already established in Austria, Germany and the United Kingdom, 261 Fearless just launched in the U.S. with the first Train the Trainer Retreat. Timed to coincide with the New York City Marathon, a race Switzer won in 1974, training recruits from the U.S., Australia, Malaysia and Iceland gathered with 261 Fearless Ambassadors and founders for three days of instruction. Topics included classes about establishing and managing clubs, health and nutrition and, of course, running. The weekend culminated with a Saturday morning shakeout run around the Stephanie and Fred Shuman Running Track in Central Park with Switzer, coaches, ambassadors and supporters of the program.

Go to 261fearless.org to find or start a group near you. 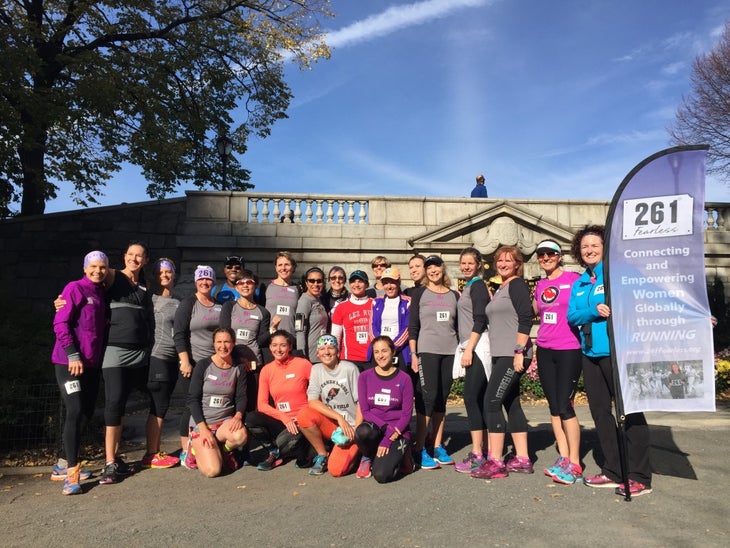