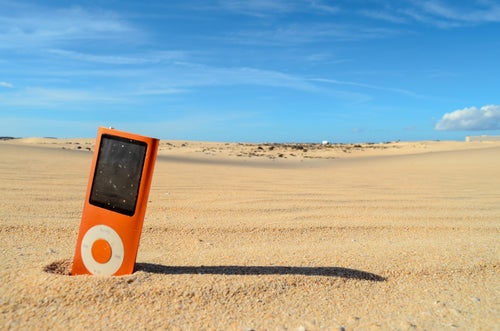 A Workout Playlist Inspired By “Despacito”

Luis Fonsi and Daddy Yankee′s “Despacito” has become a hit of nearly “Uptown Funk” proportions. Surely Justin Bieber′s guest vocal had a bit to do with that, but—having spent six weeks atop the Billboard chart at the time of writing—it′s more of a phenomenon than a fluke. When (or if!) its popularity ever levels off, we′ve compiled a few alternate tracks for your consideration.

If you love hearing Justin Bieber sing the hook on other folks′ tracks, consider DJ Khaled and company′s “I′m the One.” If you want more summer vibes and Spanish lyrics, consider Enrique Iglesias and Wisin′s “Duele El Corazon.” If you though the highlight of “Despacito” was the blend of Top 40 pop and tropical rhythms, consider Major Lazer’s remix of Ed Sheeran′s “Shape of You.” And, if you like the general feel but need a little more pep, consider Don Omar and Lucenzo′s propulsive “Danza Kuduro.”

Perhaps one reason for the song’s runaway success is that it allows different folks the ability to latch onto different elements. Depending on how you approach “Despacito,” it could be a crossover hit, an inspired collaboration, a sexy jam, a summertime anthem and so on. Whichever aspect you prefer, you can find traces of its constituent parts in the songs below. So pick your favorite tracks–and then make some tracks of your own outdoors.

To find more workout songs, folks can check out the free database at Run Hundred. Visitors can browse the song selections there by genre, tempo and era to find the music that best fits their workout routines.

Our July 2017 Playlist On Spotify