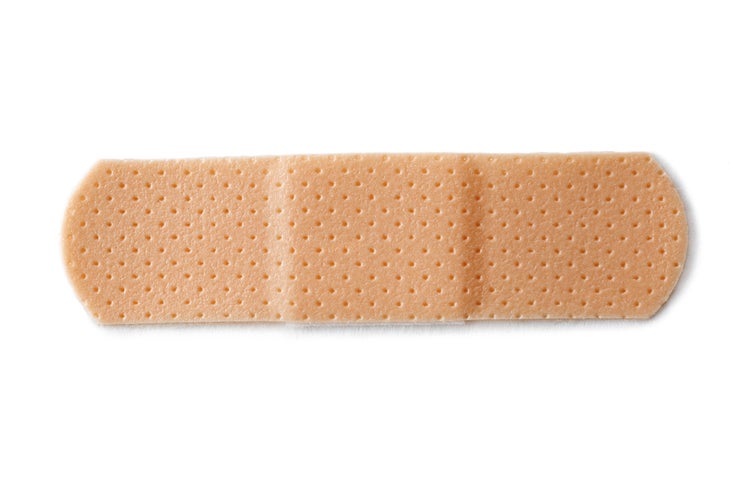 Running is pretty magical.  From the much-discussed runner’s high to the meditative effect, it can be downright transformative. And while the sport definitely changes you in major ways, running can also make everyday, mundane things absolutely mind-blowing. Here are a few of the ordinary things that running makes extraordinary (and sometimes extraordinarily complicated).

Band aids
Ah, the lowly band aid. To the rest of the world, band aids are just for paper cuts and grossing people out at the pool, but to a runner, they are the cure for everything. Blisters? Slap one of those bad boys on there. Embarrassing toenail? Cover it up. Major inner thigh chafe? They make them in the big sizes for a reason, people.  Everyone else sees nothing more than some gauze and a little adhesive but runners see band aids for the lifesavers they truly are.

Water
Before you become a runner, water is pretty much the most boring thing ever. Yeah, you need it when you eat something salty and to stay alive or whatever, but no one ever got excited over a big glass of water. But runners love water. We chug it first thing in the morning to perk up for an early run, greedily gulp it after a long workout, and imagine we can taste it on long runs like a mirage in the desert. Not to mention it’s half the ingredients in coffee, is pretty crucial to a post-run shower, and makes the ice cubes that go into the cocktail at the end of a long training week. So yeah, water is kind of everything.

Underwear
For the most part, underwear is just the piece of cloth that keeps the peace between your britches and your backside. But for runners, the right undergarments can make or break a workout. You will spend an absurd amount of time trying to find the perfect combination of rise, cut and material that doesn’t chafe, itch or ride up, but when you find your dream cotton high-rise briefs or minimalist Lycra thong? You’ll never run in anything else. Buy a couple dozen.

Energy bars
For a non-runner, a granola bar is a granola bar. To a runner? Choosing the right bar can be harder than taking the SATs. Is it pre-run fuel or a post-run snack?  Do you need extra protein to recover or fiber to keep you full? Does it have enough healthy fats? Too much sugar?? Is it all natural??? And God help you if you eat the wrong one before a long run. But just like your underwear, once you find the perfect bar you’ll be buying them in bulk.

Shoe shopping
Outside of running, picking out a new pair of cross trainers takes all of 20 minutes before you’re on to your next errand. But when you need new running shoes? Better block out your day.  From the moment you enter the running store, you can easily get sucked into a black hole of treadmill analyses, deep discussions about pronation and the merits of lacing the top eyelet. Plus you’ll probably try on half the shoes in the store—in your size and a half-size up, just to be safe. It’s basically Disneyland for running nerds (and sometimes just as expensive).

Watches
Since no one goes anywhere without a cell phone anymore, it’s no surprise that most people don’t even bother to wear a watch. But once you start getting serious about running, you’ll probably end up with a GPS watch. Though at first it’s a little overwhelming, once you master it you won’t be able to take a step without knowing your heart rate, pace, distance or direction.  Before long you won’t even be able to walk the mall without knowing your stats.