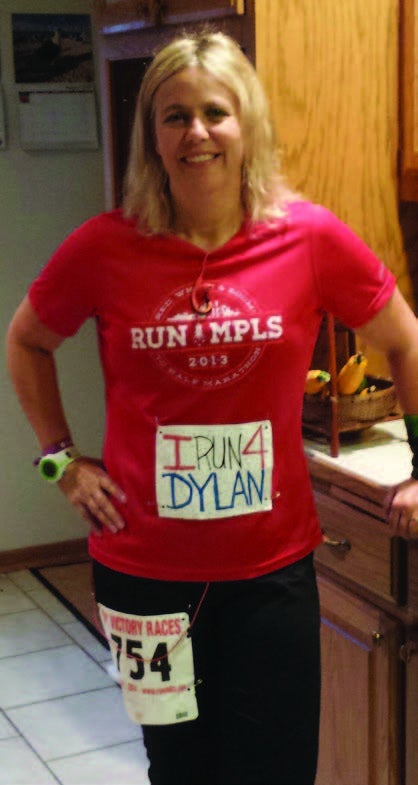 Brenda Nelson has never met her biggest fan in person. He’s a 4-year-old boy named Dylan Robinson who lives in Melbourne, Australia. Nelson, a 47-year-old executive assistant from Minnesota, was introduced to him through a nonprofit called I Run 4 (IR4).

The nonprofit matches runners with “buddies” who are physically unable to run. A few years after Nelson quit smoking, picked up running and finished her first 5K, she learned about the organization through a friend and decided to apply so she could dedicate her miles to a new friend.

In August of 2014, after several months of waiting, she was matched with Dylan, who was born with CMV (cytomegalovirus), a birth defect that affects his ability to walk and talk. However, Nelson says with therapy he’s beginning to slowly prove his doctors wrong. 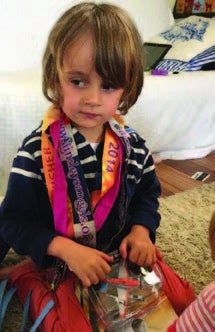 “I love races that have finisher medals, because I send all of my medals to Dylan,” says Nelson, who ran her first race for him last year in September and ran a 5K PR. “Every time I run, I post to the IR4 Facebook page and dedicate it all to Dylan.”

Dylan’s mother, Zoe Robinson, communicates for her son with Nelson.

Through Messenger, the two women encourage one another, send each other photos and share their day-to-day news.

Nelson hopes to visit Dylan and his family in Australia at some point, but in the meantime she continues to run the miles for him, bringing awareness to his disability.

More tales of inspiration
Check Out What Nike Did For One Teen Fan
Inspiration Awards: Kayla Montgomery