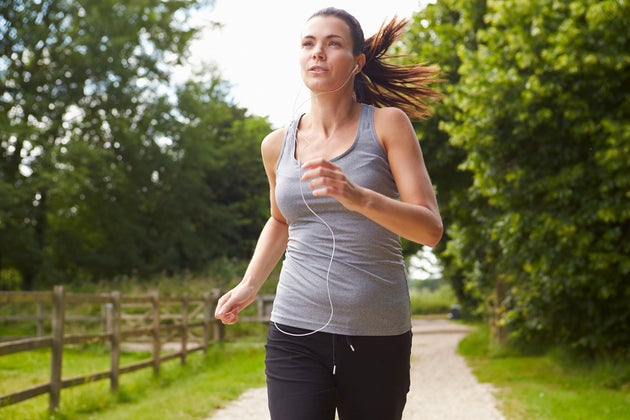 If you’re about to embark on becoming a runner for the first time, you’ve probably done a lot of work to prepare. You bought new running shoes and clothes, mapped out local trails, and subscribed to a few magazines or blogs. Your research may have also yielded plenty of lists and articles of reasons you should start running. While all those reasons are encouraging and likely half the reason you’ve committed to running in the first place, there are a few reasons NOT to run that you should be aware of, too.

They are the pitfalls and difficulties of running that often derail new runners before they really get started. This list is not meant to discourage you from running—just the opposite—but to make you aware of some of its challenges so that you can prepare and set yourself up for a long and successful running career.

You’ll Want To Give Up

All the newbie enthusiasm in the world will only get you so far when you start running. Eventually, you’re likely to encounter some kind of barrier, be it not being able to break a certain pace or run further than a mile without stopping. When you hit a plateau like that, it’s tempting to throw in the towel on running altogether because you don’t yet have the experience of conquering obstacles like those. Try and think about other non-running breakthroughs you’ve had to remind yourself that you’re capable of pushing through something difficult. Then, make a plan to reach your goal; find a training program you can follow or seek advice from a more experienced running buddy.

Once you clear the wanting-to-give-up hurdle, you might find that things swing in the other direction. Running can be certainly be addicting—in a good way—but it can easily become an obsession. While there’s nothing wrong with making running a priority, it can be a slippery slope to sacrificing other aspects of your life to accommodate it. If you find yourself getting less than a healthy amount of sleep to fit in a run, constantly saying no to a night out with your friends in favor of waking up for your long run the next day, drastically changing the way you eat or eliminating food groups altogether, or beating yourself up for not hitting a particular weight, mileage, or pace goal, it’s time to take a step back. Running is a healthy habit, but cutting out other healthy or pleasurable aspects of your life is detrimental to your overall well-being.

You Can Get Hurt

Running may be a pretty straight-forward sport, but there are a surprising number of ways you can get injured. From blisters and chafing, to cramps and stomach issues, to sprains and tears, running can easily go wrong if you’re not prepared. The good news is that many injuries are completely preventable. Wearing well-fitting shoes and cushioned socks can stave off blisters, and creams and compression apparel can help with chafing. Adequate warm up can ward off some cramps, while watching what and how much you eat before you run, as well as staying hydrated, will prevent stomach problems. More serious injuries like sprains and tears can be harder to prevent, but ramping up your mileage slowly and keeping up with your cross-training will definitely help you stay strong.

While you will probably compare yourself to other runners from time to time throughout your running career- you’re only human, after all—you’re most vulnerable to the comparison game when you first start running. When you don’t completely know what you’re doing and look to other runners for an example, it’s easy to think you should be running as fast or as often as someone else without knowing anything about her experience. If you really admire another runner, try asking for her advice instead of comparing yourself to her; even if she’s been running for a long time, she can give you tips about how she worked her way up. And look for a beginners’ running group or pair up with a friend who is just starting out too; working out with runners of a similar experience level is a great way to feel like you’re right on track.