We had the tough task of selecting just eight women from hundreds of inspiring submissions. Here is how running has improved the lives of these seven incredible women. 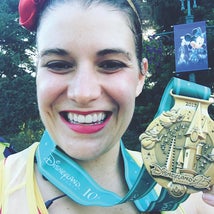 A runner who takes every opportunity to stretch her legs—despite dealing with a debilitating disease.

In her words: “I run to escape the physical limitations and pain. To escape the voices in my head that say ‘you’re broken’ or ‘you aren’t strong enough.’ When I run, little matters except putting one foot in front of the other. I feel like I can solve all the world’s problems and am at peace. My body is constantly at war with itself. I battle endometriosis—a disease that one in 10 women have, but most of the population hasn’t even heard of it. My endometriosis has damaged many organs and left me in a lot of pain. Some days, I don’t function—but on the days that I do, I run to prove that my body can do amazing things, despite its disease.” 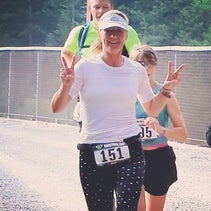 A mother of seven who uses running as a way to manage her narcolepsy.

In her words: “In 2006 I started to experience incredible bouts of daytime sleepiness. These were debilitating episodes that forced me to pull over and nap in my car multiple times per day. I blamed these on being a busy mom with newborn twins, plus five others, and working full-time. In 2011, I had my first episode of sleep paralysis. With the urging from family and friends, a sleep study appointment was made and my diagnosis of narcolepsy was given. He encouraged me to take up running 30 minutes a day. I got my marching orders and have found that just doing that, regardless of how fatigued I am, makes my day manageable. Running clears my head, gets my endorphins going and allows me to actually live my life.” 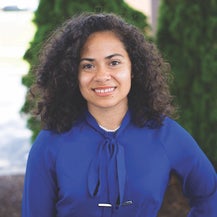 A run coach whose own running experiences inspired her to share the love of running with others.

In her words: “My eating and activity habits took a nosedive after grad school in 2009. Standing at a tall 4 feet, 11 inches, I was quickly becoming an Oompa Loompa. As a high school track athlete, I turned to what I knew to get life and health in check—signed up for my first half marathon. Two and a half hot, unyielding hours later, I finished victorious, and my lifestyle forever changed. Distance running revealed not only physical strength, but also a warrior spirit capable of dealing with any setback. Such a gift is too good not to share. I’ve coached for Girls On The Run, Black Girls RUN!, our local 8K and 10K training teams and became Group Fitness Instructor–certified and teach a free fitness class. This passion for active living has led me to switch careers and join Sports Backers’ Bike Walk RVA to advocate for bikeable, walkable, runnable streets for all in the greater Richmond, Va., region.” 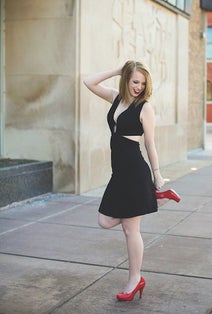 A hair colorist from Chicagoland who has used running to overcome a lifetime of odds stacked against her.

In her words: “Loving running, I started half-marathon training in the fall of 2016. Shortly after, a neurological problem cost me total use of my legs. Confined to a wheelchair, I wasn’t supposed to run again. Against all odds, I started running again in January 2017. A month later, I suffered a devastating knee injury in a near-death auto accident. I was determined to beat the odds again—something I’ve been doing since birth. Running is my life’s greatest sense of determination and accomplishment; I run because I shouldn’t be able to and to remind myself I’m lucky to be alive!” 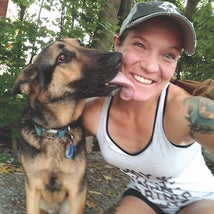 A Navy veteran who struggles with PTSD and runs with her service dog.

In her words: “After getting out of the Navy, I battled depression and anxiety from PTSD. Running has helped me to regain confidence and focus on positive, healthy habits. My service dog, Jäger, runs with me in every race! To date, we have finished numerous 5K and 10K events, along with three half marathons, the latest being the Navy-Air Force Half in D.C. This has also helped me to get out and speak to new people and to encourage them to overcome their own disabilities.” 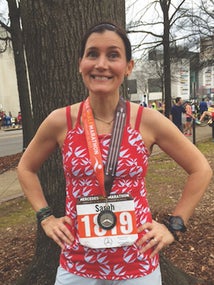 A special-education teacher, wife and mother who has been logging miles since high school

In her words: “When I joined the cross-country team at my high school, I viewed running as a means to feel like I belonged—I wasn’t really talented, but I was welcomed. I’ve struggled with depression and anxiety for as long as I can remember. Running and my running community honestly help in keeping me away from the abyss.” 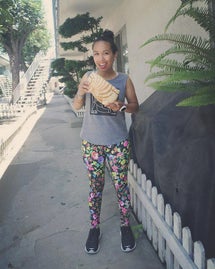 In her words: “In 2006, I began running recreationally after my honorable discharge from active-duty Air Force. I used running to help me transition from the military world to a civilian lifestyle. After my husband returned from his tours in Iraq and Afghanistan, signs of post-traumatic stress disorder were apparent. It was a very hard time. So I began running (for Mission 22) to raise awareness about military veterans. In 2016, after watching the Women’s Olympic Marathon Team Trials, I set my heart on earning a qualifying time.”

She Runs Because It’s Part Of Her Identity

360 YOU: TrackClubBabe on How She Found Joy in Running