Shawn Johnson East was training for the 2019 Boston Marathon when she found out she is pregnant. 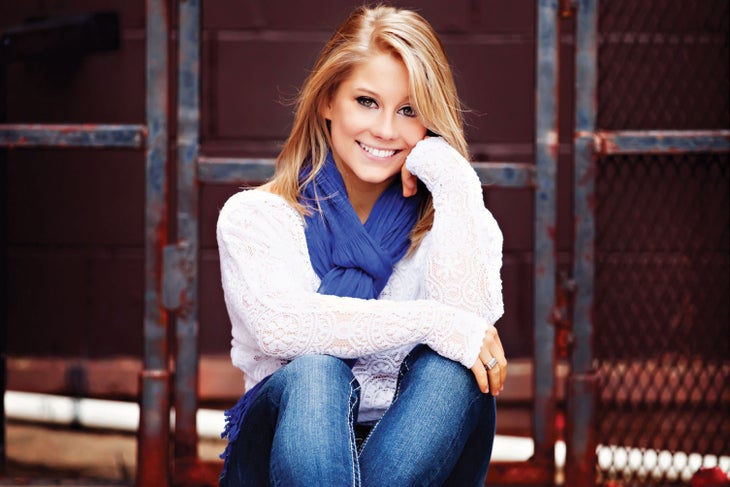 What would you do if you retired at 20? At an age when most girls are just starting their careers, Shawn Johnson’s was coming to a close.

Four years after winning gold in the 2008 Summer Olympics, the gymnast was faced with a difficult dilemma: abandon the sport that made her a household name or keep training despite a nagging ACL injury. In June of 2012, Johnson made her decision final when she announced to the world that she’d be hanging up her leotard for good.

While retirement was a tough pill to swallow, Johnson says she found comfort in looking forward—specifically, by making a fitness bucket list in her journal. She explains it as “a way to still feel like I had something to work for, so I wouldn’t feel like I’d lost my whole competitive life.”

Johnson’s first check mark on her list? Becoming a runner. You might think that any sport would come easy for an Olympian, but the former gymnast says it was even more difficult than she imagined: “I love running, but I’m not very good at it.”

This hasn’t deterred her from aiming high. After finishing her first 5k and feeling ready for a major challenge, she set her sights on the marathon. “The thought of running for hours straight is terrifying,” she says. “It’s such a different mentality from gymnastics. My longest routine was a minute and a half.”

This July, Johnson will toed the line at Iowa’s Million Dollar Marathon, which aimed to raise $1 million for cancer research. Marathon training is a way to be competitive and give back— but it’s also a means for the athlete to stay fit. After spending most of her life training 40 hours a week, Johnson says she’s not certain what ‘in shape’ means to her.

“It’s been difficult,” she says. “After the Olympics, I took some time off to heal my body and to let it reset a little bit. I’m still trying to figure out where my body’s comfortable.” The same thing goes for her post-Olympics nutrition.

“I’ve been experimenting ever since I retired, trying to figure out what my body likes the best,” Johnson says. “Anything natural and organic” is part of her daily routine, and, of course, she wants to keep her taste buds happy too. Try Johnson’s coconut shrimp and pomegranate guacamole for a delicious dose of super foods, perfect fuel for ticking off your own bucket list.