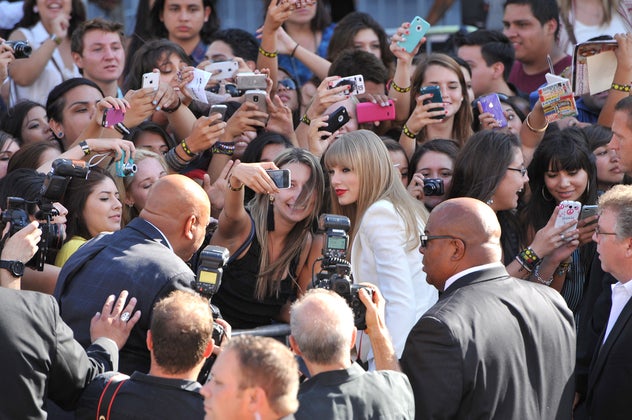 The VMAs have rightfully been called “The Super Bowl for youth” as no award show better reflects what’s new in music right now. If nothing else, this is illustrated by the fact that the show’s lifetime achievement award–the Video Vanguard–is regularly awarded to folks who aren’t even old enough to run for President. As a preview of the show–and for a little workout inspiration–we’ve compiled a playlist featuring the liveliest songs you can expect to hear on young America’s biggest night.

The mix warms up with a smash from Justin Bieber and cools down with the latest from Ariana Grande. In between, you’ll find a songs from three folks who’ve graced the stage of the actual Super Bowl–Beyoncé, Missy Elliott, and Coldplay. Elsewhere VMA veteran Joe Jonas finds himself nominated as a new artist by way of his group DNCE and Calvin Harris shows up in a collaboration with this year’s Video Vanguard Award recipient. Musical merits aside, what separates the Video Music Awards from it’s counterparts is the shows consistent ability to deliver surprises and start conversations. To get ready for the show–and psyched for a run–hit play on some of this year’s uptempo highlights–organized by the category in which they’ve been nominated.

To find more workout songs, folks can check out the free database at Run Hundred. Visitors can browse the song selections there by genre, tempo, and era—to find the music that best fits with their particular workout routine.