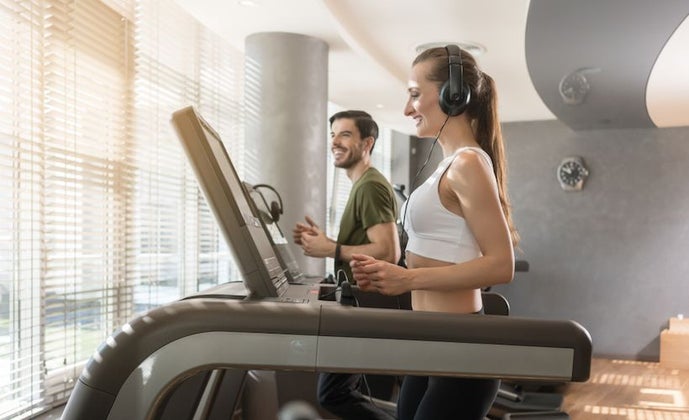 As Seen On TV

While scoring a commercial, companies generally take one of two approaches. Sometimes, they’ll use a lesser-known track or artist to provide atmosphere without the associations an audience might have with a better-known tune. Alternatively, a brand may want to leverage the existing relationship folks have with a certain song, laying out the big bucks for a recognizable hit. We’ve compiled a playlist below featuring uptempo examples of both, which you can put to use during your next run.

Starting with the more obscure tracks, there’s a song by The Knocks which lives up to its title, an ode to self-reliance from Kid Cudi and a free-spirited duet from Edward Sharpe and the Magnetic Zeros. On the big hit front, you’ll find one of many licensing uses of Imagine Dragons’ smash “Believer,” an aptly-title workout track from Sia and an immortal slab of hard rock from Whitesnake. Finally, no list of music in commercials would be complete without an inclusion from Apple—as it might be the only company as consistently likely to borrow a hit as it is to create one with their ads. In this case, they’re represented by a song featuring one of the most memorable intros of all time, courtesy of AC/DC.

Whether you personally favor timeless tracks, new tunes or a few of each, the list below should have you covered. And, in case you’re wondering where you last heard them, each song is listed beneath the name of the company that recently featured it in a marketing campaign. Give the list a look, find the accompaniment that suits your routine and get in motion.

As Heard On TV: Big Workout Songs From The Small Screen