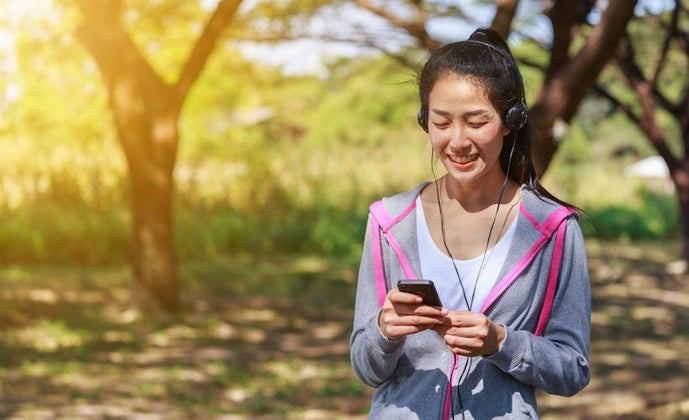 The best thing about Top 40 radio is that it does a relatively good job of distilling a huge volume of new releases down to just the highlights. By that same token, the worst thing about Top 40 radio is that, once these marquee tracks have been isolated, you tend to hear the same few tracks over and over. This is particularly tough when it comes time for a run, since it’ll be tough to get inspired by a song you’ve already heard a couple times earlier in the day. To that end, we’ve compiled a selection of tunes from beyond the pop charts to pick up where the hits leave off.

Tracks that don’t make it into heavy rotation tend to fall into two categories: songs from acts who operate in worlds beyond the Top 40 and songs from former residents of the charts on a temporary hiatus from making hits. In the first camp, you’ll find girl group magic from the Regrettes, the first single from the latest Queens of the Stone Age album and a club collaboration from Skrillex and Poo Bear. In the latter camp, there’s an impossibly catchy number from Walk the Moon, a duet between DNCE and Nicki Minaj and a DJ Khaled track featuring Jay-Z, Future and Beyoncé.

As noted above, the Top 40 charts generally excel at representing our collective interest in current trends. To that end, some of the fun in reviewing tracks like those below is wondering how tunes with such abundant charm or a surplus of star power managed to stay off the radio in spite of these merits. Whether they represent missteps on the parts of the talent involved or oversights by radio programmers, let the Top 40’s loss be your gain as you score your next run with the biggest hits of an alternate pop universe.