PHOTO: Shutterstock If you listen to music while you run, here's a playlist to keep you moving. 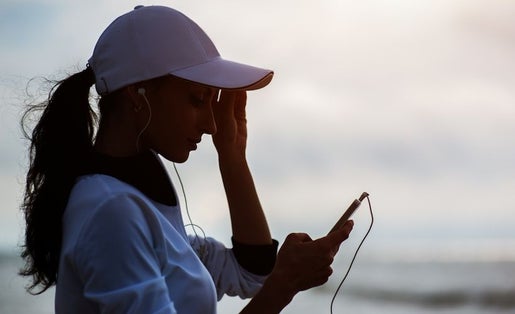 The 90th annual Academy Awards take place this weekend. Since the films in contention generally favor sweeping orchestral pieces rather than big beat anthems, they don’t produce much music that can match the pace of a run. Nevertheless, they put filmmaking front and center for a spell. In light of this famous awards show, we’ve rounded up a few movie tunes—from recent critical and fan favorites alike—with which you can freshen up your running playlist.

As outliers in the bunch below, three tracks came from films that are in contention for Oscars this year: “Watch Me” from Ferdinand (up for Best Animated Feature), “Chase Me” from Baby Driver (up for Best Film Editing) and “Fox on the Run” from Guardians of the Galaxy Vol. 2 (up for Best Visual Effects). Elsewhere, you’ll find a pitch perfect workout message from Sia from the movie Lion, a collaboration between Liam Payne and Rita Ora from Fifty Shades Freed and a DMX track you’ll know if you’ve seen Deadpool (or even if you’ve seen a trailer for Deadpool), owing to its prominent placement.

Given their inclusion in a range of films, one highlight of the tunes below is that there are multiple places in which you might have heard them: in a theater, in your living room or in a car on the radio. In any of those cases, this familiarity—coupled with a string of energetic performances—should produce a few easy playlist additions for your upcoming workouts. If interested, you can survey your options (each listed by the movie in which they appear) below.

From Guardians of the Galaxy Vol. 2

From The Fate of the Furious

10 Soundtrack Songs From Films Nominated for The 2017 Oscars

Do This Type Of Workout During Commercial Breaks