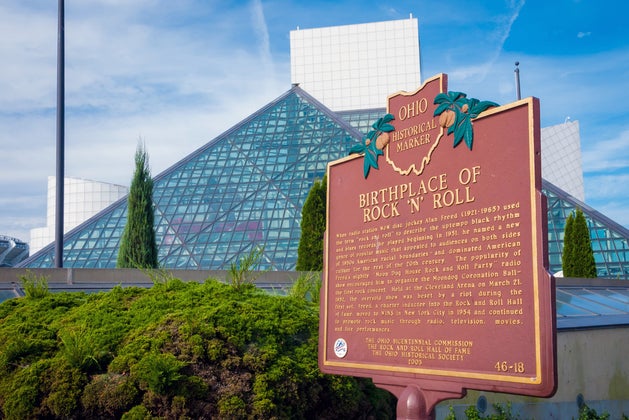 Each year’s Rock and Roll Hall of Fame inductions produce some controversy. KISS fans—for example—lamented the fact that band was eligible for 15 years before the Hall finally inducted them in 2014. Similarly, rock purists tend to bristle at the idea of their guitar-wielding heroes being joined by rap groups like N.W.A. This year’s upcoming ceremony includes more of the same, so we’ve compiled a look at some of the year’s choices and snubs.

Each of the year’s inductees—Electric Light Orchestra, Pearl Jam, Journey, 2Pac, and Yes feature in the playlist below. The only omission is Joan Baez who, though great, would feel out of place in a running mix. Renaissance man Nile Rodgers is represented by a track from his group Chic, but his induction likely owes more to his string of production successes with David Bowie (“Let’s Dance”), Madonna (“Like a Virgin”), and Daft Punk (“Get Lucky”). Other artists whose 25 years of music have made them eligible for induction–though they didn’t pass muster with voters–include Depeche Mode, The Cars, Janet Jackson, and Jane’s Addiction. Ultimately, whether an artist makes the cut this year, next year, or never, there’s much to be said for creating a body of work that endures decades in the public imagination. To that end, you should draw plenty of inspiration—and maybe a few memories—from the playlist below.