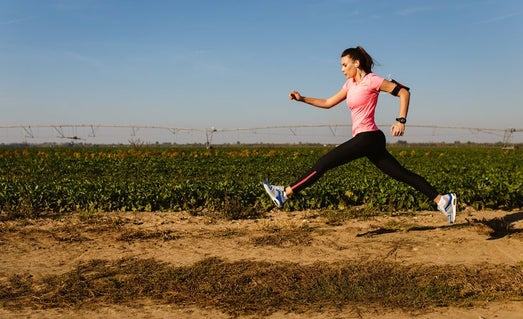 Owing to the growing influence of genres like reggaeton and tropical house, pop music has been getting slower over the last few years. At the same time, rock songs—which usually employ a higher number of beats per minute—have been edged off the radio almost entirely. (The last time a band topped the Billboard Hot 100 was when MAGIC! released “Rude” in 2014.) Between these two developments, folks looking for fast tracks to score their runs may find what they need on the college radio charts.

Our survey of recent highlights–all of which clock in at 145 beats per minute or faster—kicks off with an affirmation from Green Day and winds down with a rhetorical question from Bleed American. Given rock’s generally faster tempos, everything below features a guitar somewhere in the mix. In the case of White Reaper’s stadium-ready “Judy French,” the instrument is dominant. However, in The Killers’ “The Man,” the guitar is part of a larger musical tapestry. The only real outlier here is Portugal. The Man’s genre-defying “Feel It Still,” which one might have pegged as a college radio hit before it snowballed into a double-platinum, Grammy-winning smash. With everything above in mind, here are 10 recent songs for runners who favor speedy beats.

These Songs Were Voted The Best Workout Music