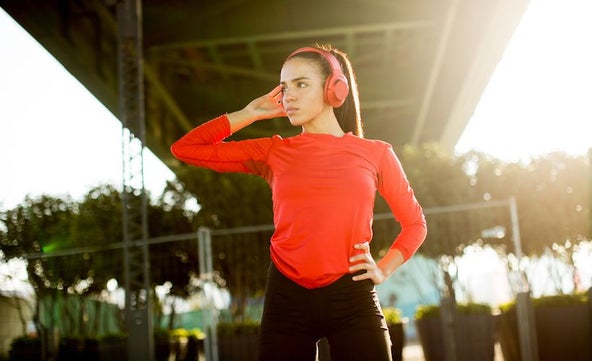 The Best Remixes From Late 2017

In a running playlist, the advantage of a remix is simple: it takes a song you already love and gives it a fresh feel. Since most remixes are intended for the dance floor, they often add a bit of kinetic energy—and a bump in tempo—along the way. Given these advantages, we’re recapping a few recent remixes that are worth a listen.

This playlist kicks off with a remix of Justin Bieber’s “Friends,” on which he shares a credit with producer BloodPop and the song’s co-writer Julia Michaels. From there, you’ll find a remix of Michael Jackson’s “Thriller” (which was released just in time for Halloween), Major Lazer and Moska’s take on “Despacito” and a second appearance from Julia Michaels—this time on her own. (Interestingly, Michaels isn’t the only artist to make the list twice; her remixer Alan Walker delivers an updated and uptempo version of Bruno Mars’ “That’s What I Like” further down the list.)

Finally, the mix closes with a club version of Kesha’s “Praying” that keeps all the emotion of the original intact while lending an anthemic quality that suits the song perfectly. In that regard, this final tune presents a perfect case for a running remix—everything you love, placed into a new context, with a little extra oomph. To put that combination to work in your routine, fire up anything you like below.

To find more workout songs, check out the free database at Run Hundred. You can browse the song selections there by genre, tempo and era to find the music that best fits your particular workout routines.

Celebrate U2’s New Album With This “Best Of” Running Mix