PHOTO: Shutterstock Songs not on the charts can still move you. 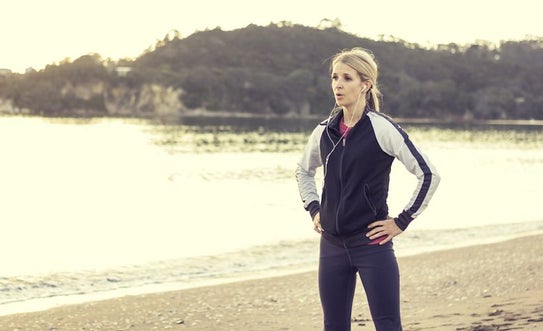 You could make a case that the Grammy Awards are the most prestigious in music, owing to the ceremony’s long and illustrious run. There might be a stronger case, however, that the honor’s reputation is derived from its precision. Not content to segment tracks by participants and genres, the Grammys also differentiate between the composition, performance and recording of a song—which is why, for example, you have different nominees for “Best Rap Song” and “Best Rap Performance” or “Song of the Year” and “Record of the Year.” In the list below, we’ve tried to further refine the nominations to highlight a few picks for your workout mix.

Many of the contenders below will seem like obvious frontrunners, like “Despacito” for Song of the Year, “Bodak Yellow” for Best Rap Song and “Body Like a Back Road” for Best Country Solo Performance. However, the nominations also emphasize tracks that excelled in venues other than the Top 40 charts, like LCD Soundsystem for Best Dance Recording, Metallica for Best Rock Album and Shakira for Best Latin Pop Album.

In reviewing just these half-dozen picks, it’s likely this year’s broadcast will produce a few surprises. If you’re looking for ways to liven up your current running playlist, the tunes below represent a healthy look at who’s been doing what in the last 12 months. Moreover, to make it easier to parse, each track is listed along with one of the categories in which it’ll be competing on the big night.

Record Of The Year

Album Of The Year

Song Of The Year

A Playlist To Inspire Confidence During Your Next Run

Why Ladders Are The Best Interval Workouts For Runners